While there are no official numbers, we can safely assume that millions of people attend hundreds of thousands of events a year.  This includes business events like conventions, trade shows, and conferences; and pure entertainment events like concerts. The one thing all these millions of people have in common is that none of them want to host or attend a mediocre event.  So how do you make sure that your event stands out from the thousands of others planned every year?

To really have an event that shines, you need to ask yourself quality questions, and dig deep into the details as you answer each and every one.  The details make an event, and keeping these essential questions in mind as you plan will ensure your guests leave longing for your next event.

Don’t over-complicate your planning by having too many goals.  Your event should have one or two high-level goals, max. These goals are the foundation of your event, and everything that you plan should in some way support this foundation.  Do you want to increase sales of a new product? Do you want to become known for always gathering the top innovators of your industry?

Identify your “Why”, and communicate it to everyone. Be sure it follows the SMART guidelines: Specific, Measurable, Attainable, Relevant, Time-bound.

Your event needs to stand out in some way if you want to draw attendees in, especially new attendees.  This can be anything from the layout of your networking center, to the speakers you’ve hired, or the food you’ve prepared.  People nowadays are on the lookout for events that double as experiences, use this to your advantage.

Who specifically is your audience for this event: people in your industry, young professionals, retirees, people who like to travel…?  Identifying your target population will allow you to more easily plan the proper marketing and the most engaging event.

Will your event fit the schedule of your target audience to attract the most attendees? Will your event draw the most people in if it is all-day?  Should it start in the morning, or is evening better? Do you need outdoor space? If so, you’ll want to consider the weather and the time of year.  Also ask yourself – what are my plans for inclement weather? Will you cancel or reschedule? Or does the event continue rain or shine?

Consider the nature of your event and determine what type of space will be best.  An auditorium? A park? A restaurant? Do you need multiple rooms with audio visual or recording systems?  Do you need a networking space or a dining hall?

Once again, factor in the weather if you’ll be outside.  Do you need tents set up? What about bathrooms? Never forget the all about transportation question.  You want it to be as easy as possible for attendees to get to your event. If you think most people will be driving, do you have a good parking plan?  Remember: you want guests to arrive excited and happy, not frustrated.

Attendees can be your biggest promoters.  You want to make sure that they not only talk about how much fun they are having while at your event, but that they also remember you after the event has ended.  Here are a few ideas to consider:

Be detailed in the partnerships you will need to achieve your goals and make your event the smoothest, and most engaging any attendee has ever experienced.  Do you need a caterer? Are you worried about food sensitivities or food allergies? Do you need a videographer or a sound system? What is your plan for registration?  Don’t leave anything to chance and be sure you have attention-to-detail people on your team who will double and triple check that everything is accounted for.

No matter what kind of event you are planning, it’s crucial that you use these questions to think through not only your desired outcome, but every eventuality.  If you have any questions or concerns, feel free to reach out at any time. As the experts in event production and stage (AV?) staffing, our experienced team can eliminate the stress and confusion from staffing any event, and ensure absolute success every time.

One day you’re staging an event for a TV company.  The next you’re prepping equipment to be shipped cross-country.  And then you end the week saving the day by having an HDMI-DVI conversion ready to go for an event with a national charity.  In whatever city, or whatever state, the life of an Event Tech is never slow, and never monotonous.

If you want just the bare facts, we can tell you that they work with, set up, and operate audio and video equipment.  This can include connecting wires and cables; operating sound boards; preparing microphones, speakers, and projectors; and even setting up custom lighting systems.  But that’s like drawing a stick figure and hoping to understand how nerves and veins, muscles and bones, all work together to give us world record-breaking athletes. There’s a lot more going on behind the scenes.

They’ve got to know if presenters have flash drives, or need access to Google drive.  Are they Android or Apple users? Will they be syncing fireworks with a light show? Or managing multiple presentations at the same time in a massive conference hall?  Did they schedule three hours for set-up but a thunderstorm just rolled in, cutting the power? What’s the plan to break down and avoid disrupting attendees? Did someone really attempt to swing on a rigging point, practically bringing the entire system down?

Event labor and production crews don’t have their lives and jobs confined in a box. Whether they’ve supported 50 events or 500, nothing is ever the same.

Their days might start before the crack of dawn and end at the midnight hour.  They might move from bus to car to plane in a punch-drunk state that ends with them falling into bed in an unknown city – after all, the name doesn’t matter as long as the bed is available.  Have you ever heard the song ‘Join the Circus’? The chorus entreats the listener with the refrain:

“Go to bed in Minneapolis, wake up in PA.

Pack your roll, your brush and your comb again,

It could’ve been written for any member of an AV labor and production event team.

It’s not a life for the fainthearted.  Who else could show up to work, find the loading dock blocked by piles of toilets, and not just throw in the towel?  But, on the flip side, who else could live on site for a month, craft never-before-seen video screens, and ensure the success of an event that can mesmerize, engage, create visions to be remembered, or brings tears to the audience’s eyes?

They’ve got dust on their shoes from all fifty states, and met people from more walks of life than half of us can even imagine.  Yes, they live out of a suitcase, and they might go kind of mad around the third consecutive all-nighter – but its the madness of genius, of brilliance bubbling to life, that will keep everything from going wrong, and ensure the crew’s invisibility remains intact.  After all, no one should know a Producer is the one pulling the strings, but their invisibility is only as good as their tech skills.

But they aren’t in it alone.  They’ve got unbreakable bonds with other technicians, coordinators, rental houses, stage managers, riggers, lighting and projection operators, and the list goes on and on.  These are relationships formed while making the impossible possible, slaying dragons with wits and endless bags of tricks, and ending the day knowing it would not have happened without these people by your side.

It’s a family.  To quote another song, “You can check out any time you like, but you can never leave.”  And most Event pros would ask you, “Why would I ever want to?”

The madness and travel might all be part of the job, but accidents are not. Our biggest asset is our crew and we make sure that everyone is highly trained and has strict safety procedures in place. This is truly a family where we look out for one another, help make the environment safe first and foremost, and ensure the continued success of each other. Learn more about our Health & Safety policies. 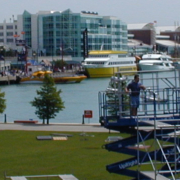 In July 2018, Complete Crewing announced the appointment of a new CEO and majority owner, Dan Kantor.  Complete Crewing went on to have a record year, and we look forward to making 2019 even better.  We aren’t only excited for ourselves, either.  A new year brings new opportunities and experiences for the entire Events and Meeting Industry, and everyone in the labor and production services.  Take a look at just a few changes on the horizon and get ready to experience events like never before.
END_OF_DOCUMENT_TOKEN_TO_BE_REPLACED